Nope, I have not lost my incredible sense of humour!
Neither has God, apparently.

So in YWAM we learnt a lot about hearing from God.
In Morocco in particular, we spent a lot of time honing in our listening skills; listening for guidance on all sorts of things from walking left or right at an intersection, to what people to talk to, to even what food to buy!
It’s kind of exciting leaving all those decisions up to the Spirit.

It’s a life skill I want to keep building upon, to keep strengthening and being intentional about letting God into all aspects of my life.
One way I’m practicing here, is by being in constant conversation.

Now please bear with me – if you’re not of the same beliefs as I am, feel free to read on, and just assume that I’ve gone crazy.
I don’t mind!

Today, I left it alllll up to Dad.
We were having a joke about how far into the details I let Him guide me, and so He picked my outfit (skirt, cropped singlet and flats), and I made a couple sandwiches for lunch and went on a walk.

The morning started out phenomenally!
The temperature was topping nearly 30’C, I had a beautiful walk along the river, and literally followed the arrows in road signs along the way.

For all those I’ve spoken to about where I wanted to spend this week (before I had decided on Prague) – remember I really wanted to go to Florence, Italy?

Well, turns out there is a Florenc right here too.
Yep.

I kept following signs, going left, right, up this alley, down another street, and then found a windy road that led up to a building with some random Czech words on the side. Okay, technically they weren’t random seeing as I am in Czech Republic, but they were random to me so it still counts.

Any how, I followed my feet [as you do] and came to this super cool hidden pathway that ended up winding around a mountain, and was almost like a rainforest – it was so cool and refreshing and green and alive!
The leaves falling from the tree canopy overhead were like snow; it was gorgeous and fascinating and I felt like the only person on the planet, it was so quiet and secluded.

I had no idea where it led to, until it suddenly opened up to this huge big green park.
I set myself up under a tree, and had my picnic lunch, played my uke, read my book (insert plug here for Lisa Bevere’s Lioness Arising – women, get onto this!).

A few semi-menacing clouds appeared overhead, but God clearly said to finish the chapter I was on and not worry about the thunder I could here in the not-so-distant-distance.
I obediently kept reading, as the clouds kept getting darker and thunder closer.

It started to spit heavier.

And then I couldn’t really call it spitting anymore – it was definitely raining.

And God just laughed at me, and was happy with my trust and obedience.
Great.
Thanks Dad.
Love you too.

I packed up super quick (did NOT finish that chapter!) and ducked under a tree, and it eased off again, so I started the long walk home. And no, I’m not exaggerating when I say ‘long walk’ – it was just under 6km.
I followed the road back this time, instead of the path that wound around the hill, and so I got to see the views from the other side, and took a few pictures – the picture of the green park was taken then, and I promise there was a gorgeous blue sky when I first sat down!
Note the ‘petal snow’ as well – so pretty!

See that funky looking tower, second last photo below? I learned yesterday from Maja (who I have to write about soon, because she is an angel on earth sent just to speak to my heart hey!) that it is the ugliest building in the city, and the locals were in an uproar when it was built.
To make the people happy about it, the government paid to have sculptures of huge alien babies crawling up the sides attached, and now it is a monument they have pride in. You can see the big black splotches on the sides – it is so bizarre/creepy/cool!

Anyway, I basically took that picture and it started to rain again.
Like, RAIN rain.

I ran for cover under a tree.
Waited.
Heard to just keep running.
So I kept running.
I made it to a bridge and waited a minute for the rain to soften.
It didn’t.
It got worse.
Lightning and thunder and puddles right across the road that were splashed up by every car worse.
I couldn’t do much, so I took a photo – no, it wasn’t night time. It was actually around 3PM.
Hopefully you can understand how NOT DARK it should be at 3PM, seeing as sunset is at 9PM. Not even kidding.

I ended up standing in my skirt and cropped singlet with bag and ukulele under the bridge for a good quarter of an hour as it thundered down around me.
Eventually, I figured I just had to make a run for it.
There was a metro station 600m down the road (I Google Maps-ed it), with um.. Two more bridges, and one covered doorstep along the way that I could shelter under?
So I ran.
And got SOAKED.
I was wet to the point that I wiped down the uke when I got home – even though it was in its bag. Standing under the shower couldn’t have gotten me wetter.
To be fair, it was kind of exhilarating running through the down-pour; like I did when I was little.

And yes, God kept laughing down at me. Like a big, deep, hearty laugh that told me He loves me, and is proud of me for following His voice, and that it was lucky I wore the flats, and He found joy in watching me laugh in the rain when I could have so easily cracked it big time.

So I reached the cover of the metro station, turned back around, and it stopped raining.

Not even kidding – not another drop out of the sky.

The rest of my afternoon/evening has been nice too – had a hot shower, shaved my legs (Cass, Taylor – take note! I didn’t even need to argue with anyone about it), finished THAT chapter plus a few more, had a quick kip, enjoyed the free bbq the hostel put on, and am now sipping a great black coffee typing this out.

And although He pushes it sometimes, I will continue to listen, and keep listening.
… Even if He could have warned me to bring an umbrella, or maybe even just had a nice day indoors somewhere?! 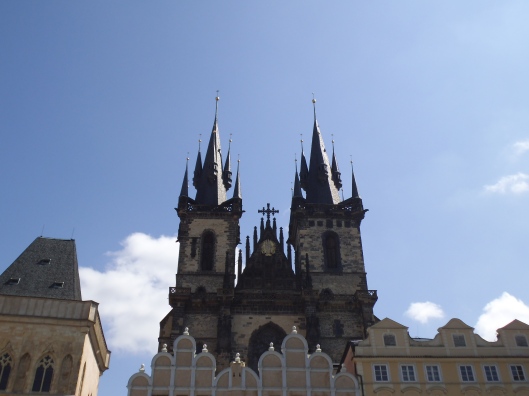 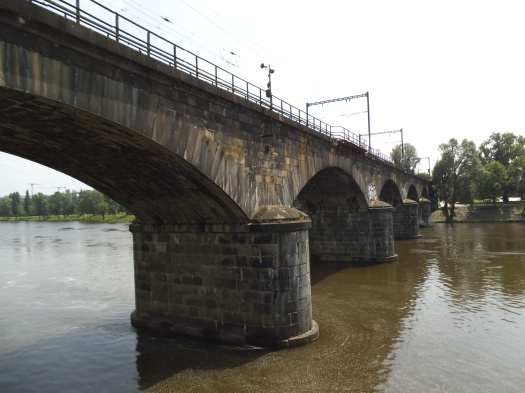 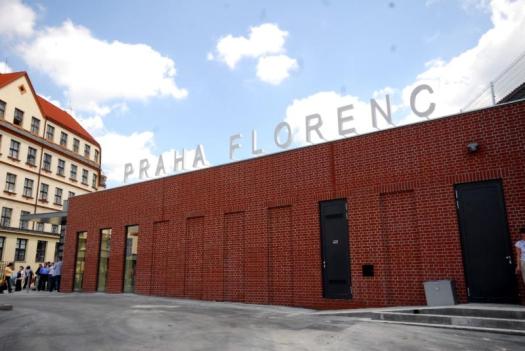