It started with a riot. A legit, locals vs. police, shouting, shoving, pushing, RIOT.

But before you start freaking out – Mum, Dad, Karen, Zoe, Jules and all those wondering… Yes, I am safe.

My few hours in Malaga after flying in from Prague were painful.
I arrived at the Villa past 10:30PM, was locked out for nearly an hour until the beautiful Zoe rescued me with a fb message and the door code.
And then with three and a half hours before I had to be up for the bus ride down to the ferry, I didn’t have an alarm to wake me up.
Huge shout out to my folks who stayed online to keep me talking and awake so I wouldn’t sleep straight through!
Lucky a random guy who was staying at the Villa decided to put a load of washing on at 1:15AM and let me borrow his phone for the night. Such a life saver!

So yes… It seemed as though satan was pretty keen to keep me out of Morocco again!

I got to the border okay.

Once I was there, however, things got a little interesting.

As I mentioned above – there was a riot at the gate.
An actual riot.
Started my heart beating faster haha!

I was ushered out of the line of angry yelling people and onto the road, to walk through the car check point instead of the ¨people¨ line.
The man at the desk looked at my passport, wondered why I had been in the country so recently, for so long, and was coming back already, and ran my passport through the computer… I swear I held my breath for the longest time!
He eventually shrugged, handed it back to me and waved me through. 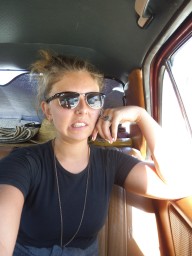 I still had 50m or so to cross the actual border, and I was called over to two different policemen (at separate times) so they could inspect my passport again.

FINALLY I got through.

And then the taxi I jumped in drove me straight to the cop shop and the driver took my passport inside…..

If I had not done this already and known the drill, I would have absolutely flipped out!
(For the record, the drivers need to show that they are taking tourists to Tangier to go via that highway; hence taking my passport inside).
Still a little scary though, as I sat in the back of his car and imagined all sorts of red crosses next to my name in the system from when they cops showed up at Rabat!

Around five minutes into the drive, I switched on to a couple of the words in the reggae tunes the taxi driver was blasting: 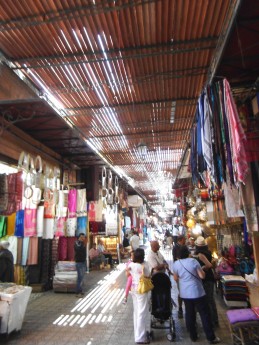 I couldn’t wipe the grin off my face, and sat back and listened to his CD of rasta-style worship music.
It was easily one of the most bizarre moments I have experienced in this country!

I made friends with a lady at the train station who said I reminded her of her daughter and gave me her ring so I wouldn’t forget her. (Yes, I cried – such a touching moment!)
I spoke to a girl on another train about her faith, how she is a Muslim but has a relationship and doesn’t want to marry him; I find it fascinating to listen to peoples’ stories and find out about their beliefs, how they build their lives, and things like that.

Just so we’re clear: there is no judgement etc. on my part or that girl’s to do with the religion/relationship talk. She was happy to answer me questions, and I wanted to find out more about how day to day people live out Islam.

And now I’m in Marrakech with Tom Morris!

It’s a really weird feeling to be back in the same place I was just three weeks ago, but under such different circustances.
I miss my YW4M family a heck of a lot.

I promise to be good, and to do my best to keep Tom in line 😉

Excited to share all the little stories that I can’t always type up when I get home!

Satan may not have wanted me to get in, but I did, and I’m going to have a great time while I’m here!! 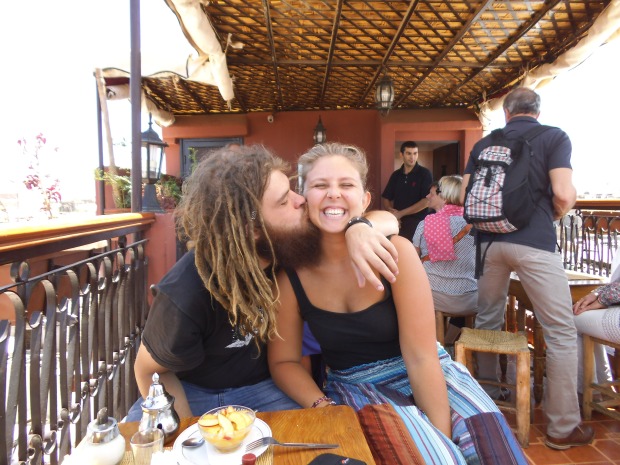