Every message, quick facetime call, comment, email… I know how busy the real world is; how easy it is to get caught up in another day; to say to yourself, “I’ll send her that message later” and then not get around to it ’till the next day, or the next. I’m generally one of those people!

So when I do read your messages and hear from you, I recognise the time and intentionality behind them, and I feel your love.

Thank you for reaching out. Thank you for spurring me on. I love you all. I am so grateful for the friendships I have. You make a difference in my world. You make my world.

So apart from gratitude and appreciation, today’s theme was taking it slow.

It’s a little bit ironic that yesterday I wrote about loving the early mornings, because today I didn’t leave town until 10!

I heard my alarm and I snoozed it.

I snoozed it a second time.

Maybe even a third, before I turned it off altogether.

Domenico came and gently checked to see that I knew what time it was and if I wanted him to wait for me. I love that man.

I eventually rolled out of bed around 8AM and had a surprise – Sarah called! (Sarah *mostly* never calls) 😉😘. I figured it was already later than normal, so no point in rushing things now and had a lovely long video call with her.

After I finally got myself together, I went and found a little tucked away cafe for a coffee and journal time.

I walked in to hear, “Naomi!” and saw the Irish Catholic priest I had met in a bar yesterday (not kidding). We had chatted about Mass and I was going to go last night but didn’t, so I apologised this morning and asked him how it went.

I don’t know why I have this stereotype stuck in my head that people who love God can’t be funny – especially seeing as I love Him and I’m hilarious – but I generally just assume other Christians/Catholics won’t be all that funny. Father Allen was a reminder that sometimes I’m wrong. Sometimes.

He let me off the hook for not coming to Mass and said that God understands the importance of a hot shower and sometimes we just need to put these things first.

My chat with him was brief, but it was lovely. So lovely, in fact, that I decided ‘What the heck!’ and went to the cathedral instead of starting my walk. They have a wall of Bibles in over two dozen languages for the pilgrims to use – including braille! 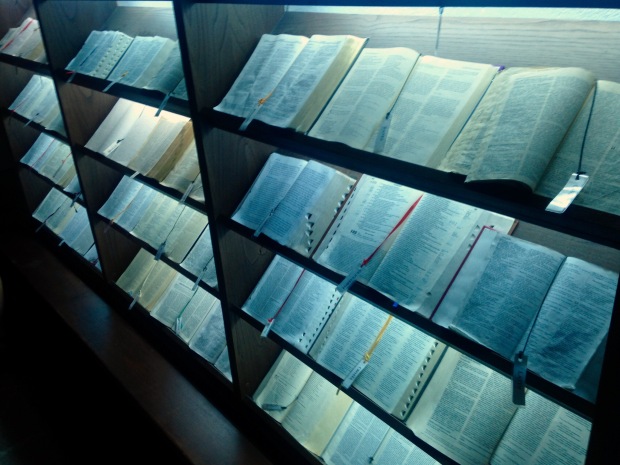 The church bells tolled ten as I wandered down the road towards the next town, totally unencumbered by the concept of time. As I strolled through the mountains I took a hundred photos, I sang some more, I tried out my Spanish with locals I passed, I ate handfuls of blackberries, I danced a little when there was no one to watch. 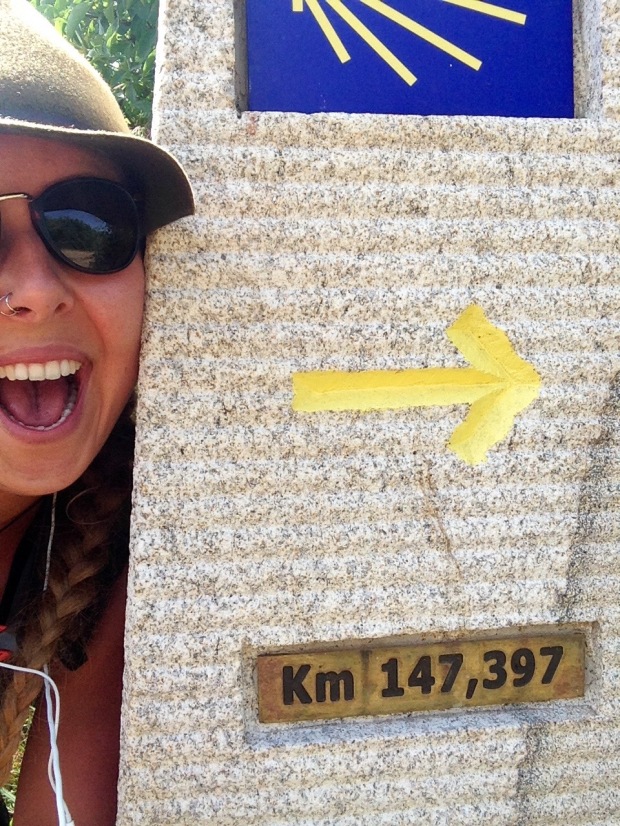 What I didn’t do was rush. 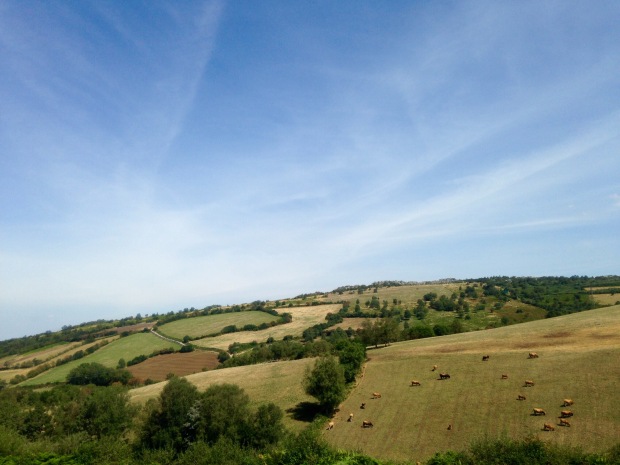 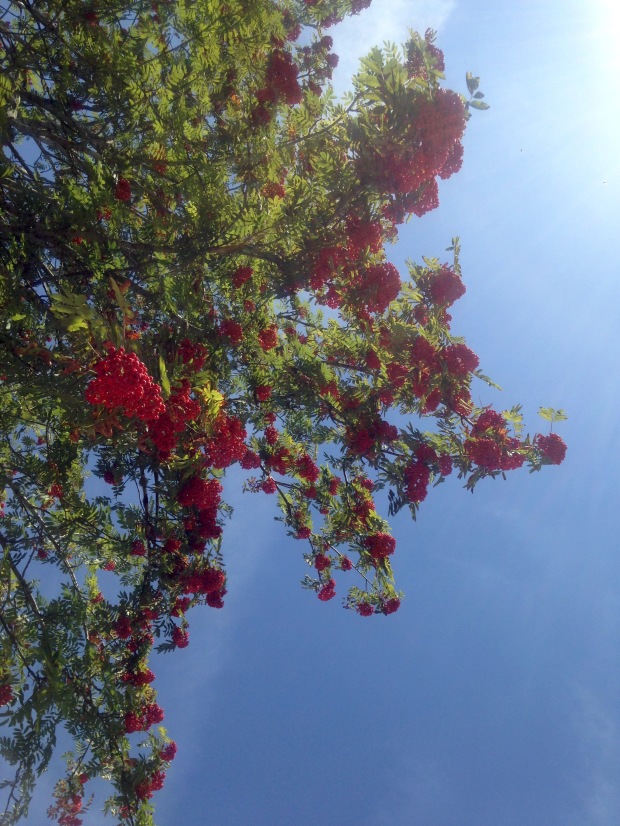 I sat down for a snack and to wiggle my toes – check out that sock tan! – and laughed with the passing pilgrims about my having another break. 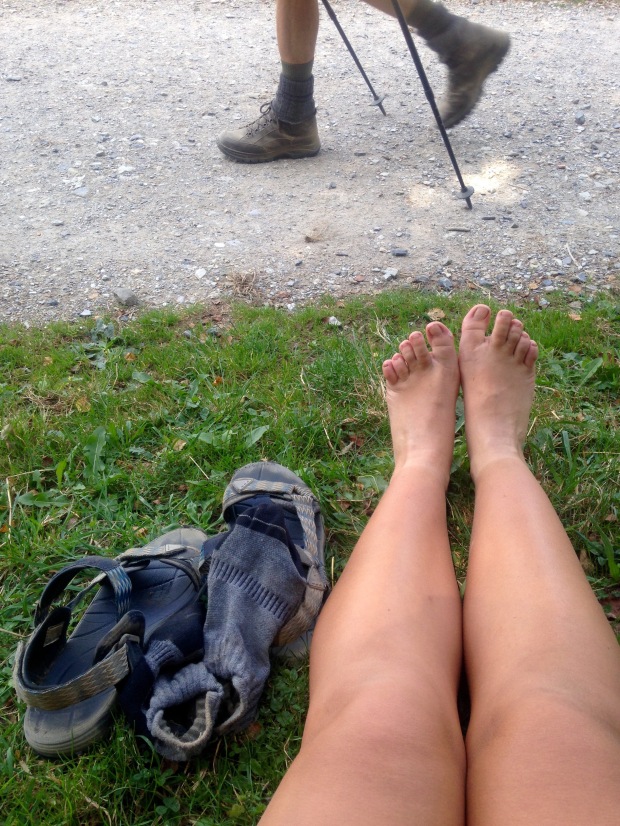 I stopped again for another vino and piece of cake and found Manu also having a break and taking his sweet time (he had gone ahead while I was in church). 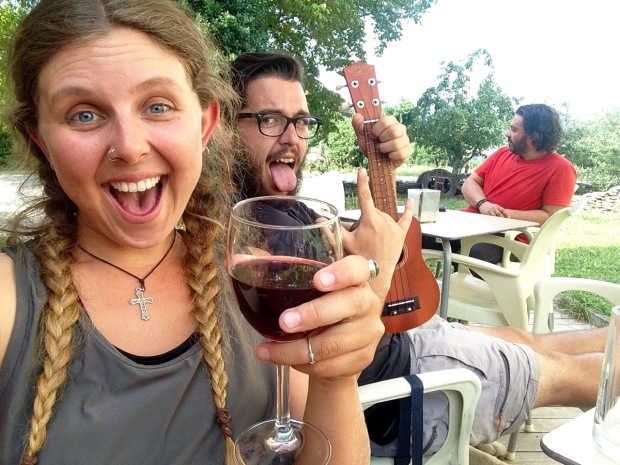 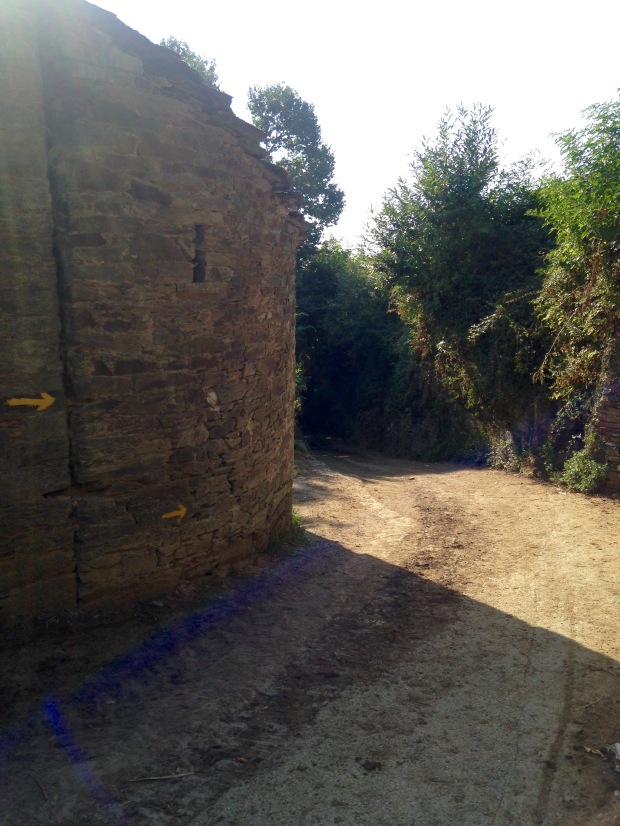 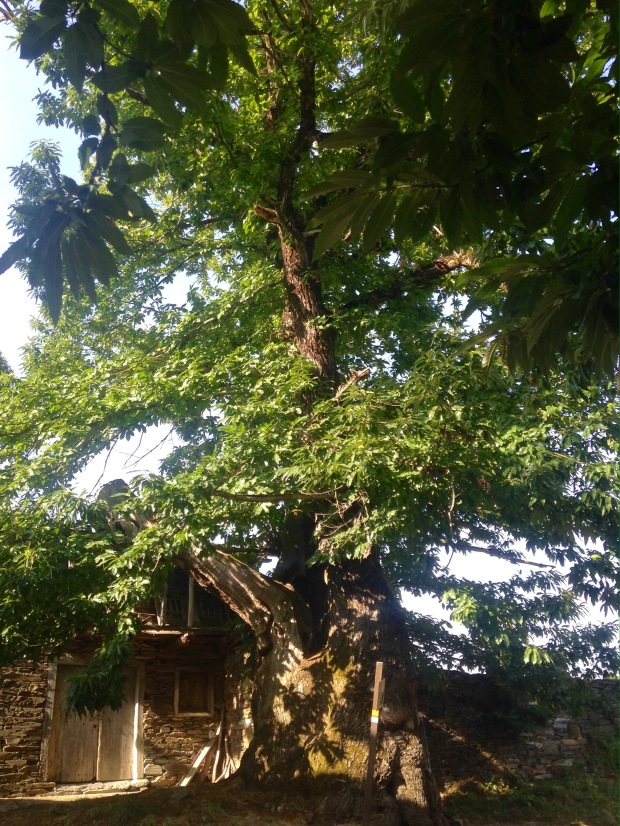 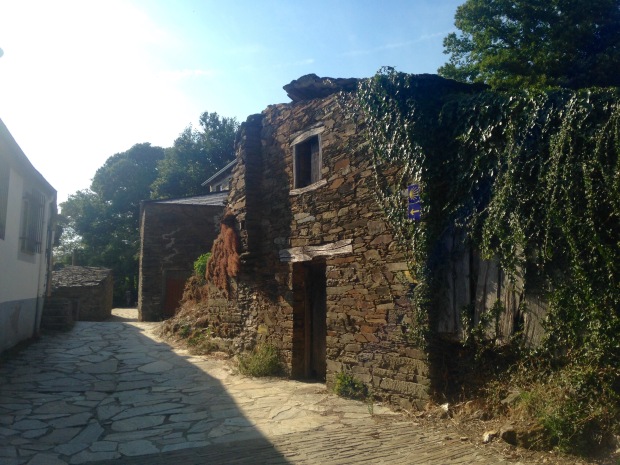 I think I need to slow down in life, in general.

It’s a weird feeling to know that I haven’t moved faster than my feet can take me in nearly a month! I wonder what that first car ride will be like.

Too often I fill every moment of the day with work, friends, chores, play time. I am really enjoying having no schedule or to-do list: I get to experience more. I live more fully in each moment. I don’t need to think ahead, or juggle meetings, or fit in catch ups and duties. 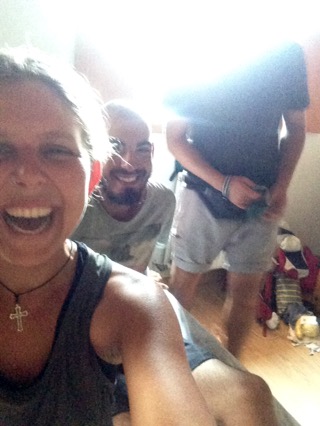 Sending Frank selfies so he doesn’t feel too left out. We think Manu got better looking with the lighting!

We had another cook up for dinner and singalong afterward. Diogo and Miguel cooked up chicken stroganoff (Jemma: strog 😂) and because there were less people than originally thought, six of us polished off five bottles of wine. Again, no regrets.

We got onto the topic of the Disney singalongs: the boys were proud to have been made ‘famous’ by my blog, and eventually singing broke out again. We drew in a crowd and I reckon all the pilgrims staying in this little albergue were crowded around the table singing out The Little Mermaid, Aladdin, The Lion King, and then moving on to Backstreet Boys, Queen, Spice Girls. I’m hoping someone got a good photo or two, because I was too busy trying to hit harmonies to take any pictures.

I wonder what time I’ll choose to get up tomorrow… 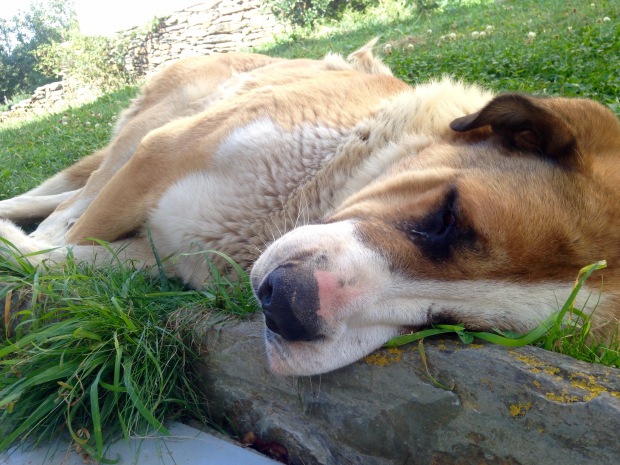