It’s been a big few days in my world.

I moved out of my house on Thursday.
I loved that place, and the girls, and my time there. But seasons change, and chapters end, and there is a feel in the air around me that a new one has begun.

Friday saw me hug Sarah goodbye and catch a flight down to Sydney. I had a nail date with Mum and then she and Papa Bear took me out to lunch, before bridesmaid duties kicked off in the Merrigan household. 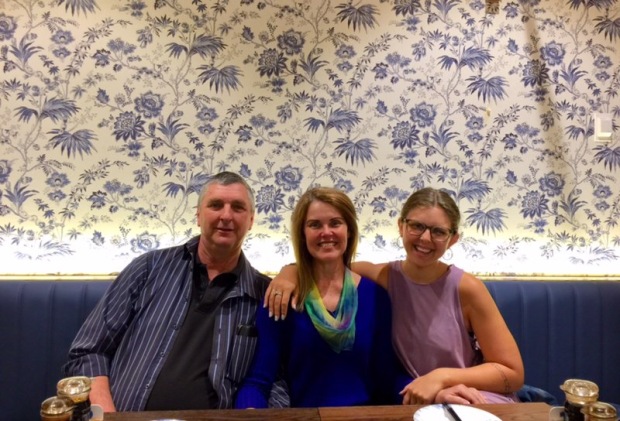 Bridesmaid duties, because I was honoured and suuuuper excited to stand beside Jemma on Saturday 14th October – her wedding day!

Big big shout out to Shannon, Liz and Alanna as well: those three really put in the hard yards to pull it off. I couldn’t do too much from up north but they were amazing ❤️

Seriously Jem, wow.
And thank you to Chris for not bribing the MC to call me Schmowbray…

Sunday morning started early with a walk with Jack (and Dad), then church, lunch, family nap and general running about.

I’m not sure where the day went, but it went too fast. Time with Mum and Dad always does that – goes by too fast.

And then Monday.
(Is it Tuesday for most of you now?)
It’s Monday all over again for me.
Because I’m in Los Angeles.
Surprise!
Only for today though.
Tonight, I hop on another flight that will take me to Panama. Quick plane swap there for the final leg from Panama to Belize, and then a boat ride to a beautiful little island called San Pedro.
So, if you need me, I’ll be in the Caribbean for a little while. Being ‘technically homeless’ is not so bad after all, hey?

Last year, exactly one week before I left Australia for 2016’s overseas adventure, I received a parcel on the front doorstep of my parents’ house. It was a little bit creepy and a whole lot of my kinda thing: a mystery puzzle!

I had to fight Mum to keep her hands off as I powered through that bad boy in rapid time.

It only took me completing the border before I figured out that it was a photo of Jem and I. But I had nearly completed the whole thing before my brain clicked in and I realised what it actually was: a cheeky message from Jemma, asking me to be a bridesmaid.

When I called her squealing with excitement and she finally picked up the phone (she was at a basketball game and made me wait for her to answer.. the nerve!), she made me promise to stay in Australia in 2017 until at LEAST October 15th.

And so I did.
And here I am.
Monday the 16th October (again), with a black coffee, a monster bagel, and some free wifi on the Santa Monica promenade.

I’ve cried a lot of tears this past week. I think I’m mainly just tired and overwhelmed. Like I said, it’s been a big few days.
And of course there’s been a lot of chocolate and champagne and rushed catch ups, and Mumma and Daddy time always tugs at my heart strings, reminding me all over again how much I miss my family. 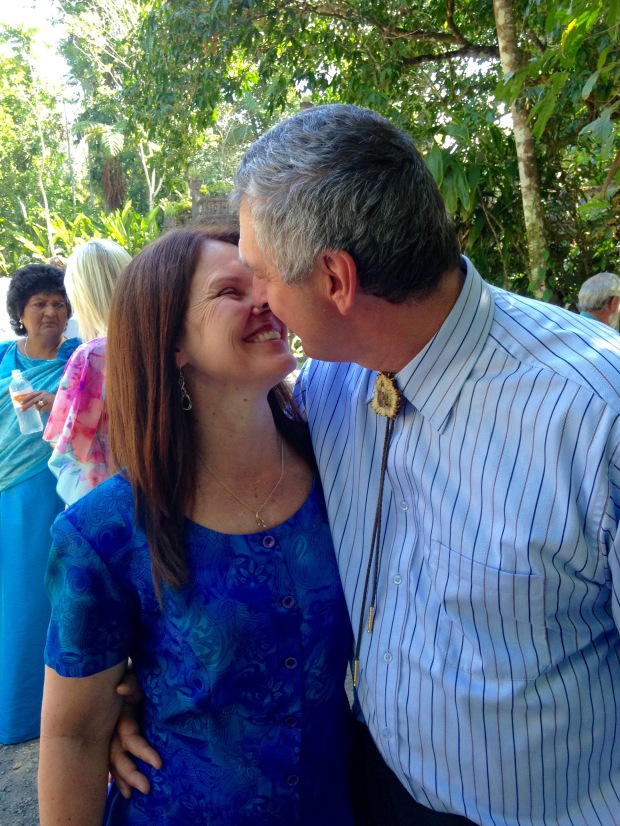 If the worst thing I can think of to say about my parents is that they have set too high of an example/standard, then they did pretty good.

But aside from feeling overwhelmed, I am amazed at the timing of this trip:

More than a year ago, the idea of the date to head overseas was planted in my mind.
Mid-2017, a family shake up happened that caused a re-calibration within all of us.
Moving out of my home just as I needed to be in Sydney for the wedding.
And a sale on international flights. Luckily I’d recently sold my car and saved some coin with Betty the bike, huh 😉

The only timing that didn’t work out as planned was yesterday morning.
I’d wanted to leave at 7AM to stop by Coles on the way to the train station. I had planned on grabbing a couple packets of Tim Tams and tube of Vegemite as presents for the peeps I’m catching up with along the way. We just couldn’t fit it in though.
Dad told me not to worry – they sell Tim Tams at the airport. Zoe told me the same thing when I called her from the train.
And what do you know? They DO sell Tim Tams at the airport. They were even on sale! For: 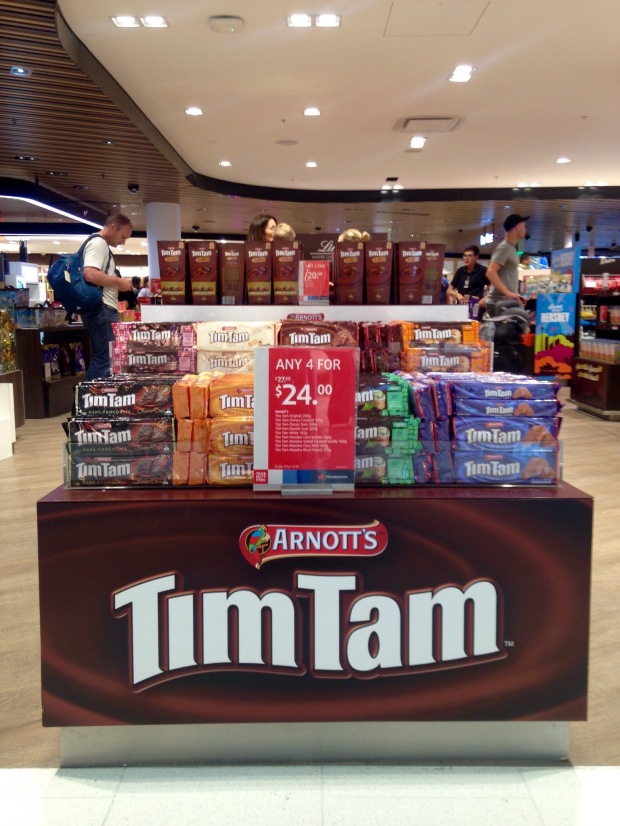 Which leads me to a confession I have to make.

Early on in the flight, I saw that the plane had a little drink/snack station up the back.

So I took three*.

And then ate one.

I’m only confessing publicly for accountability: Zoe and Ash, these have your names on them. I promise to not eat either. Or both. 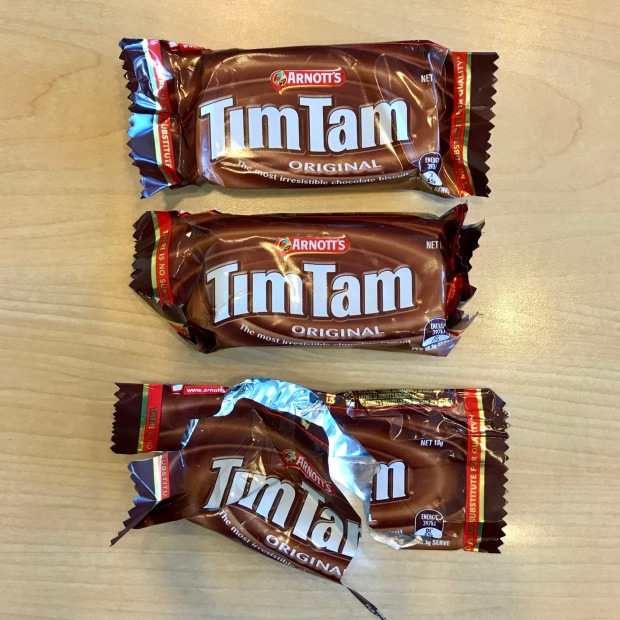