Naomi, you deserve to set yourself an alarm! Didn’t we just go over this last week?!

It was after 8AM but the time I rolled myself out of the tent, and past 9:30AM when I had my pack strapped on and started walking through the campground towards the trailhead.

Last night, I hadn’t cared to find where hikers congregate. All I was looking for was enough flat ground to pitch my tent and curl up in my sleeping quilt.

I walked past it today, and quickly wondered if it would have been worth my while to explore the few further hundred metres. A party was being set up by trail angels: tacos and beer would start later afternoon and go into the night… 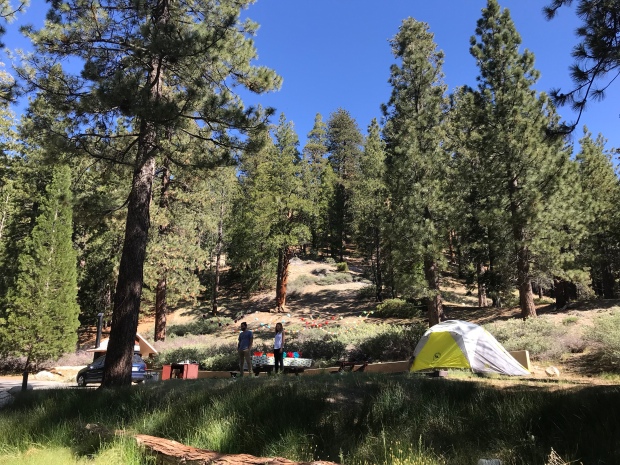 I also quickly wondered if I should just take my pack off again and hang around to enjoy it. Maya and Dario would be in at some point that afternoon, and a party is more fun than walking… I quickened my pace before any real doubts or ideas started growing roots.

It was another gorgeous walk.

There was a fallen tree I had to find a way under.

Both pride and wanting to ‘get through fast’ meant that taking off my pack wasn’t an option. Geez. Hindsight, hey? If only my pride had realised that was the lesser option before I awkwardly attempted a commando crawl without dirtying my shirt and a 20kg tortoise shell trying to pin me to the ground.

I accomplished said feat, and took a victorious photo of the trunk that absolutely did slow me down:

There were baby tiny pine trees shooting up in front of towering ones: 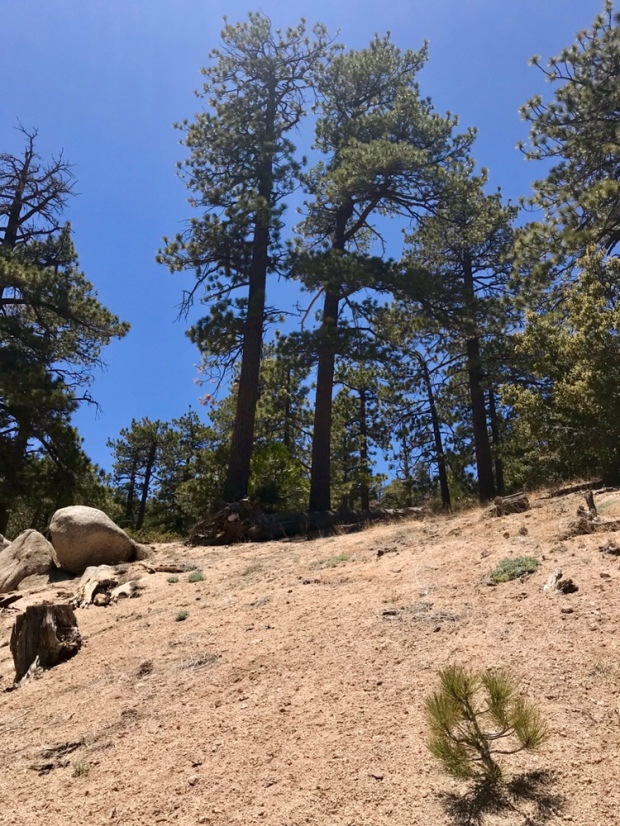 There were tiny pockets of respite that I would challenge myself to push to:

As well as the snatches of shade being strategically cooler than direct sunlight, it was better for my skin… I may have (totally did) leave my sunscreen behind as I crept out yesterday morning.

A beautiful blue cloudless sky is slightly less beautiful when you imagine it pumping melanoma into you.

And that right there? 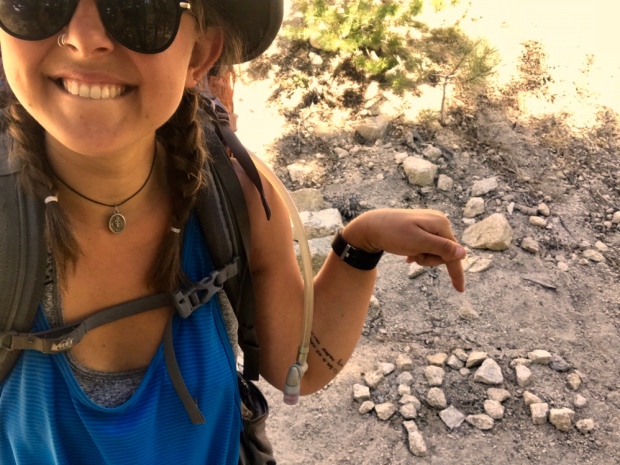 That’s a casual 400 miles I’ve covered so far. Patted myself on the back for that one.

You know what else I did?

Rounded a corner, got to Camp Glenwood, cooked myself two lunches (hiker hunger IS a thing), and treated myself to a nap. The breeze was delicious as I was walking – not so much when I wanted a snooze in the shade, hence the sleeping quilt.

The afternoon was easy, beautiful, green, brown and blue. Home.

Colours started to turn grey as the sun set and I kept going.

I had to duck under some power lines – holy crap, SO DANGEROUS! Anyone could get electrocuted if they weren’t paying attention!

I was so busy looking up, I tripped over a foot that caught my foot… Only the root wasn’t a root, it was one of the power lines that had been downed.

I made it to the top of a ridge.

I’d been semi-worried about temperature and wind: it gets cold up high, and winds were howling, but felt to push just a teensy bit further – and found this gem. A small grove of trees, almost carved out to fit a tent, overlooking the valley and town below. 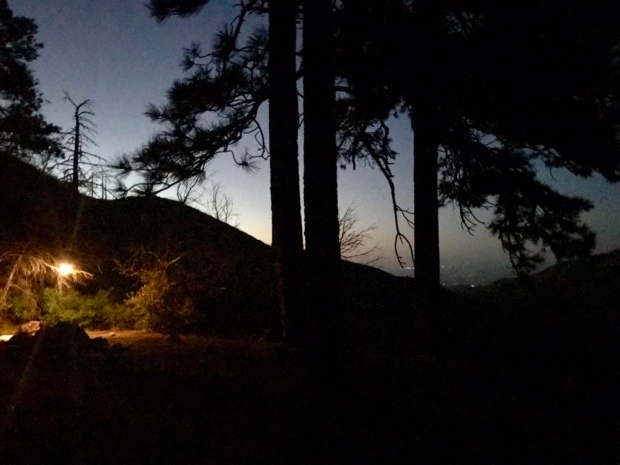 I didn’t make as many miles as I did yesterday, but with the 400mi mark, my afternoon siesta and this nighttime view?

It was a winner.